Among Us: A Brief Guide

Among Us is quite a common name these days, considering its popularity.

It is an online multiplayer game that also fits in the genre of social deduction and party. Although the Among Us game came out two years ago, it recently came into the spotlight and had a massive fan base. There must be questions in people’s minds like how to play it, or is it free, and where is it available? Anyhow, let us see what the game has to offer to the players.

You can play Among us online with four (minimum) or ten (maximum) players. And for each game, the host can decide to keep one (minimum) or three (maximum) impostors. Now, here is the basic plot of Among Us game. 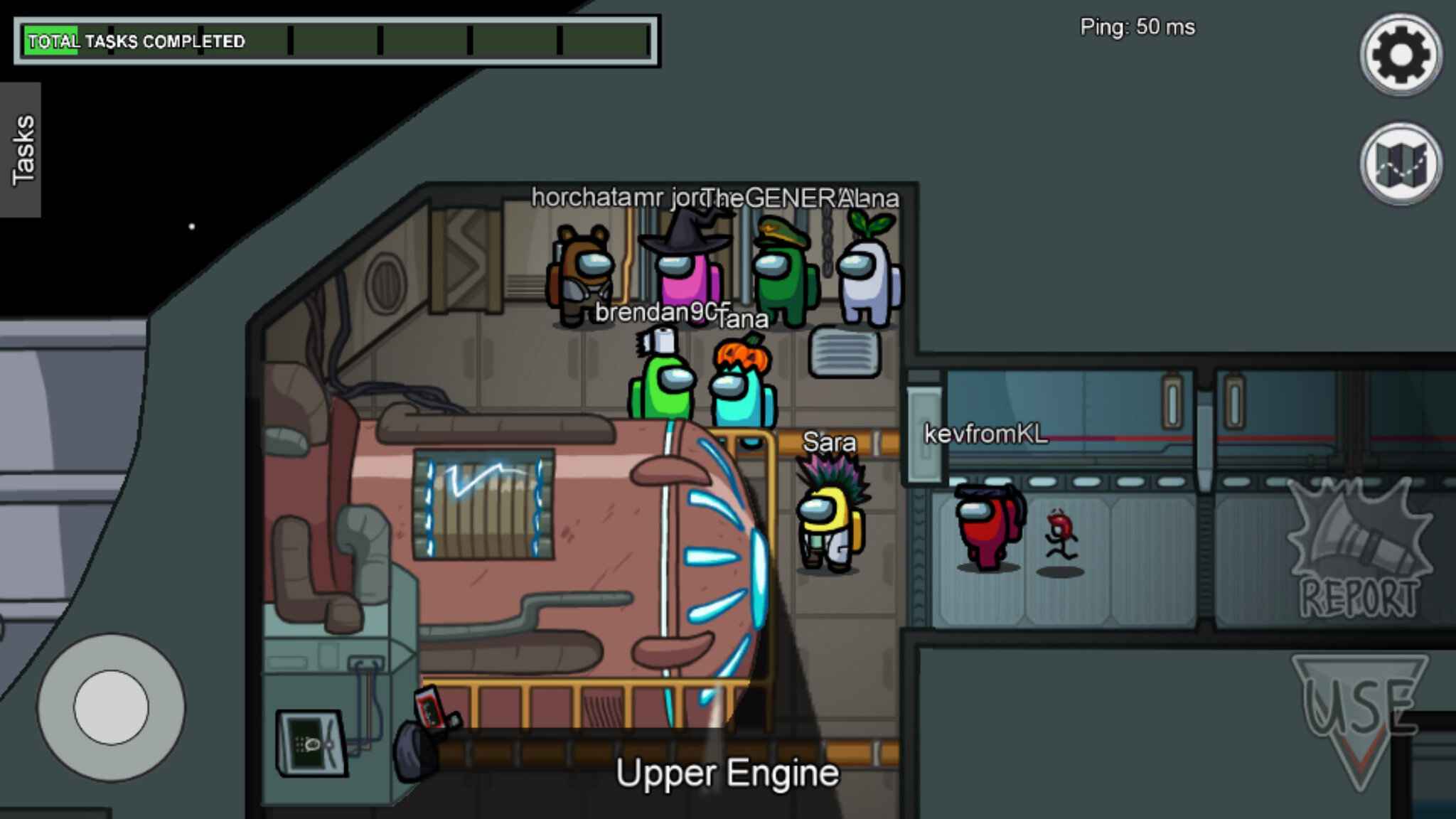 It starts in a spaceship-type of a setting, where all players spawn. When the game begins, each player gets to know whether they are a crewmate or an impostor; if you are a crewmate, your task is to complete all the jobs you have on your list. You also need to beware and not get yourself killed. You must be cautious while roaming around because there are chances that if you have not been killed yet, the impostor might have killed another crewmate.

If you see a dead body, you have to report it immediately. When you report a dead body, it calls for a meeting, where all players discuss and vote out the person who is most likely to be the impostor.

Or else, you can sabotage systems that will lead to the destruction of the ship in one way or another, through which you will emerge victoriously. Impostors win if they kill off or sabotage the ship before crewmates finish all their tasks. If the crewmates successfully complete all their jobs or vote the right person out, they win. Doesn’t it sound exciting?

Among Us: Gameplay and Features

When you open Among Us, you will get three options. You can play Among Us online with your friends or randomly. Or, you can play it offline for practice. When the game starts, all players assemble something that looks like a vessel that is shooting itself into space. Players can roam around in the lobby till the game begins.

Players can also customize their avatars in the lobby. Among us has by far the cutest characters in the game. You can change colors, skins, add hats, make your character wear outfits, and even make a pet accompany you! 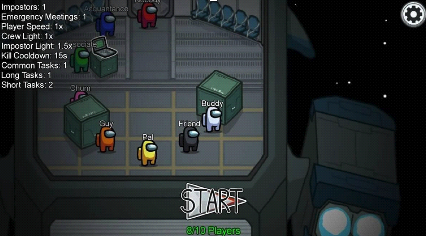 Apart from playing with Among Us with your friends, you can also host a game and invite people to play. When you are the host, you can change the following things:

While you are in the Among Us lobby, you can see the current game setting on the top left side of your device’s screen.

What can the crewmates do in Among Us?

In a game, the majority of players are crewmates. As a crewmate, you must complete the tasks and save the spaceship from the impostor. Each crewmate can call for one emergency meeting (or more than that, it depends on the game settings) to discuss who might be the impostor. If a crewmate sees a dead body, they must immediately report it. After that, there will be a discussion which will decide who is possibly the impostor.

There are tasks in different map areas, like fixing wires, transferring files, cleaning out systems, etc. Players have to go on foot and complete the tasks. These tasks can be short or long. Once the taskbar gets full, all jobs are over, and the crewmates will win the game. If the taskbar is not complete, but your tasks are over, tasks are remaining for other crewmates.

In that case, you can freely roam around and save the ship from being sabotaged. During a meeting or a discussion, crewmates have to carefully vote out the most likely player to be the imposter. If they vote out a crewmate by accident, the game becomes easier for the imposter because the impostor has one person less to kill and win the game!

What all can the impostors do in Among Us?

There are as few as one impostor and as much as three impostors in one game. Impostors have more freedom than crewmates. If you consider a general game setting, an impostor has more speed and a better vision range than crewmates.

You’ll know whether you are an impostor when the game starts. It would help if you killed the crewmates without anybody noticing secretly. If anybody spots you killing someone, they may report the dead body, tell other crewmates what they saw, and vote you out. But, even you can do this and trap someone!

As an impostor, apart from killing crewmates, you can open the map and sabotage the systems by clicking on them. If crewmates fail to repair the system within the given time, you will win the game. You can also blend in to look like a crewmate by performing fake tasks not to get caught.

As an impostor, you can also travel quickly from one area to another with vents’ help. But beware, because it is something only an impostor can do. If somebody sees you using a vent, you will get caught and voted out!

So, this was all about Among Us. Get Among Us now! The Among Us game is available for PC, Android, and iOS.

4 thoughts on “Among Us”